skip to main | skip to sidebar

The stars must align: Lyra 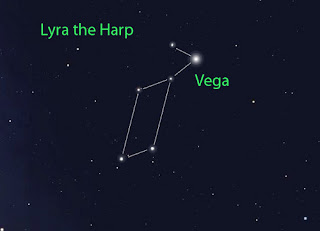 Well our biggest star to date has been aligned. Lyra: Loans for above items. This has been a tricky star and it was officially aligned on Friday the 13th of April, 2012. Now, if we were to take an accurate count of how many loan/funding plans we went through it was finally approved at plan F. It took 6 different tries with 5 different lenders but finally worked. We started out last year with 2 banks, Zions and Utah Credit Union which didn't work out but then decided to put cheese on the back burner til Joel lived at home. Once he made it here we started a new push after the dairy sheep symposium in January where we got our business plan together and all documentation needed to apply for an SBA loan. We had all our papers in at AmericaWest bank and had it set for a much larger loan amount (plan C) but got the hint that it wasn't going to go through so we they went with plan D, use our own 401K and do everything by ourselves. Had the builder lined up, had everything ready to go and found out that we couldn't access our 401K unless Joel quit or was 60 years old. So on to plan E which was back to the bank where we still hadn't gotten a yes or no yet and re-submitted for a much lower amount. 2 months went by and not a word. On Sunday morning April 8th at about 1 am I woke up out of a dead sleep thinking "I need to get my loan documents out of that bank and off to Zions! I couldn't sleep for hours after almost panicking over how long we let our eggs hatch with this one bank. 9 am rolled around, I first called Zions and asked to speak with the SBA person, she said, "that is Nate but he isn't here so I will have him call you." I then called the other bank and told him I was coming to get my documents and that's when he let me know the denial came in that morning. I said "Ok, great I will be in for the papers, Thanks!" I had no fear or sadness over the denial I was just glad to be getting our loan docs. On the way to getting them Nate from Zions called me back and as I told him about our business he remembered it from last year when we gave it a piddly try. I recalled him saying "We can't do it at this time but don't close the door on us." Well as I was refreshing his memory he was fascinated and wanted to actually come to our house and see how cheese was made and aged. He restores old Oolite stone homes so he loved the idea. He tried the cheese and loved it, he thought the amount we were asking for was a very reasonable amount and since Zion's Bank is the number 1 in the state for SBA loans he thought we had a great chance of being approved. Long story short, he talked with me every day letting me know of every step that had been successfully met and on Friday morning at 8 he had an approval... it took 4 days. I told him we will be his most inspirational story. And that folks is how Lyra was aligned.
Posted by The Cheese Makers at 10:28 AM

The Cheese Makers
Manti, Utah
We produce handmade artisan cheeses using traditional methods. Our cheeses are aged in the presence of the Oolite limestone found throughout the Sanpete valley, creating uniquely local flavors.